If you've read DIVERGENT, you wouldn't be surprised that our kids expected an initiation.  We expected to host one, too.  It also won't surprise you that we put a CRL spin on things. After our Principal cancelled the order of serum injections, we were left with very few options.

﻿﻿﻿﻿
We started with the idea of running five separate initiations.  We brainstormed a different activity for each faction, playing to their strengths: logic puzzles for Erudite, target practice for Dauntless, that sort of thing. But after days of planning (and several orders of takeout) we couldn't think of much for our humble Abnegation kiddos except community service.  Sure, we could have them help teachers after school, clean out lockers, and wash desks for points.  They'd do it...we knew they would...but it seemed heartless to have them traipse around the school with a trashcan and Clorox wipes while they heard Dauntless shouts coming from the gymnasium.

Somewhere along the way, perhaps whilst perusing an Oriental Trading catalog, we stumbled upon the idea of a carnival.  You know when something just *feels* right?  Well, this was one of those moments.  We started out calling paintball venues and ended up with a carnival. Whoda guessed?!

﻿
With our minds (and budget) set on a carnival,
we quickly switched gears from meaningful-literary-connections to good old fashioned fun.  Instead of selecting stations for each faction ahead of time, we decided on a Free-For-All.  All stations would be open to all factions; let 'em run around for an hour with their friends and collect tickets and just be kids.  What a liberating concept!
﻿﻿
Of course, we couldn't completely turn our back on the idea of connecting to the book.  Instead of pretending to have uncovered deeper symbolic meaning in the throwing of a beanbag at a clown, we openly acknowledged our silliness.  In explaining the event to the kids just before opening the games, Mary said, "We made a few connections, a few very LOOSE connections to the factions, but really the point of today is just for you to have fun."  Then the students were free to explore:

Dauntless Target Practice - throwing a beanbag at a clown/net/thing.
Candor's Balancing Act - walk a circuit with a wooden egg balanced on your head
Amity's Duck Pond - play Duck Duck Goose.  Winners get to pick a duck from the pond.
Abnegation's Break Time at the Food Pantry - throw a ball to knock down cans
Candor Lets the Chips Fall Where They May - Plinko!
Erudite's Potential to Kinetic Energy Transfer - ring toss
Abnegation Tunic Trot - sack race
Erudite's Food Chain Fling - use a rubber frog to shoot down foam apples
Dauntless Exploding Muffin - balloon darts
Around the Amity Campfire - sing songs with your friends!


Looking back, we made a lot of decisions based on what was easier for us. Stations were set up, scripts were given to Faction Leaders (aka our fabulous colleagues who gave up yet another Friday afternoon to come play), and tickets were allotted.  Taking into account the varying populations of our factions, the CRL decided to work in some math and award points based on tickets per capita. Be impressed. Be very impressed.


﻿
﻿﻿﻿﻿﻿The kids took the attendance. (Dauntless wouldn't sit still long enough to allow their 8th grade representative to get an accurate headcount.  Amity seated themselves in a circle while a sweet little 6th grade girl calmly led the roll call.) The kids tallied their tickets. (Dauntless asked for a calculator while struggling to add their points together.  Erudite presented Erin with their total and had already factored their percentage, down to two decimal points.  We kid you not.)
﻿﻿

We were absolutely overwhelmed by the teachers who came to help. A few teachers made it a family event by bringing their elementary aged children in to play.  Our collective CRL heart melted when again we had a dozen high schoolers return to HMMS - this time surprising their teachers with costume changes! - eager to take over Initiation games.  Every single station was manned by a staff volunteer so we were free to just take it all in...laugh out loud at the sheer joy of kids jumping in sacks (on Friday we decided no matter what book we do, we will always have a sack race), offering suggestions for egg balancing to those with slippery hair, cheering on the girls who just would not give up until they'd popped that darn balloon!

We did get just a little punchy when deciding point values for the activities.  Mary is still laughing about putting a 2 on the bottom of each and every duck in the pond.


Everyone is a winner, get it? Amity doesn't have competition!

﻿
The exceedingly patient colleague who worked the duck pond on Friday reports there was only one riot when the kids figured out the schtick.  Most, though, were happy to just go along for the ride.  In one of the afternoon's more memorable moments, an eighth-grade boy - who had his eye on the kids seated in a circle around a dozen plastic floating ducks - asked, "Is this Duck Duck Goose?" When he received an affirmative, he nodded sagely and sat down, declaring, "I like it!"


Now, if you know anything about the CRL, you know we love spectacle.  It just so happens that Oriental Trading sells carnival supplies *and* sumo wrestling inflatables.  What does one have to do with the other?  We have no idea, but could you say no to giant sumo inflatables?  Yeah, we couldn't either.  Initially, we thought the sumo wrestling could be the Dauntless initiation.  But we didn't want the kids to fall and break themselves, so we saved the wrestling for the finale and allowed teachers to suit up for bonus points for the faction of their choice.  Besides saying we work with the absolute best colleagues in the world, we'll let the photo speak for itself. 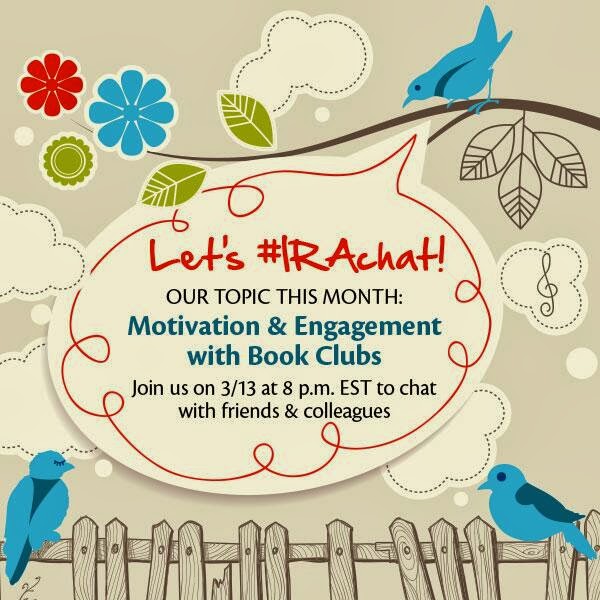 Shameless Plug: We'd love for you to join us this Thursday night, 3/13/14, at 8:00pm for a Twitter discussion about student engagement and motivation with book clubs #IRAchat