Hey, remember when we had an updated blog? YIKES! This winter, time has seemingly slipped right through our fingers. Blogs sit unpublished, quasi-blonde roots appear exposed and in desperate need of highlighting, and two CRL are still in the midst of planning the first after-school activity for UNBROKEN, a full two-months after the field trip! I guess somewhere deep-down, we knew we'd find a way to make this a year-long initiative.

Speaking of the field trip, we owe you a post, don't we dear readers?  It's about time we document the official #ALLIN15 movie event!

If you're short on time and want to cut straight to the six buses and all the cuteness 297 middle school readers can bring, enjoy the video below:

For the uber-detailed, highly-emotional, ridiculously-verbose commentary you've come to expect from the CRL, read on.

On January 6, 2015 we took a few hundred readers to the movies, but that was several months (and several feet of snow) ago. Never fear!  The CRL took notes whilst viewing said movie with said readers!

Even though this was our largest group yet, the field trip was seamless; however, as much as we'd love to take all the credit and gloat that we're getting pretty good at this gig, the CRL had help. And a few sticky-notes from our 2014 adventure - tell the kids to bring a bag lunch, ask them not to show previews - which directed our 2015 planning. We also worked with a new theater this year; Showcase Cinema was superlative. They answered every phone call and urgent email, quelled every fear, and even opened up a second theater when - much to our delight - our initial estimate came up short because some middle school decided to take a record-breaking romp through Laura Hillenbrand's bestseller. Showcase Cinema has fallen into CRL-land and is most certainly All In! 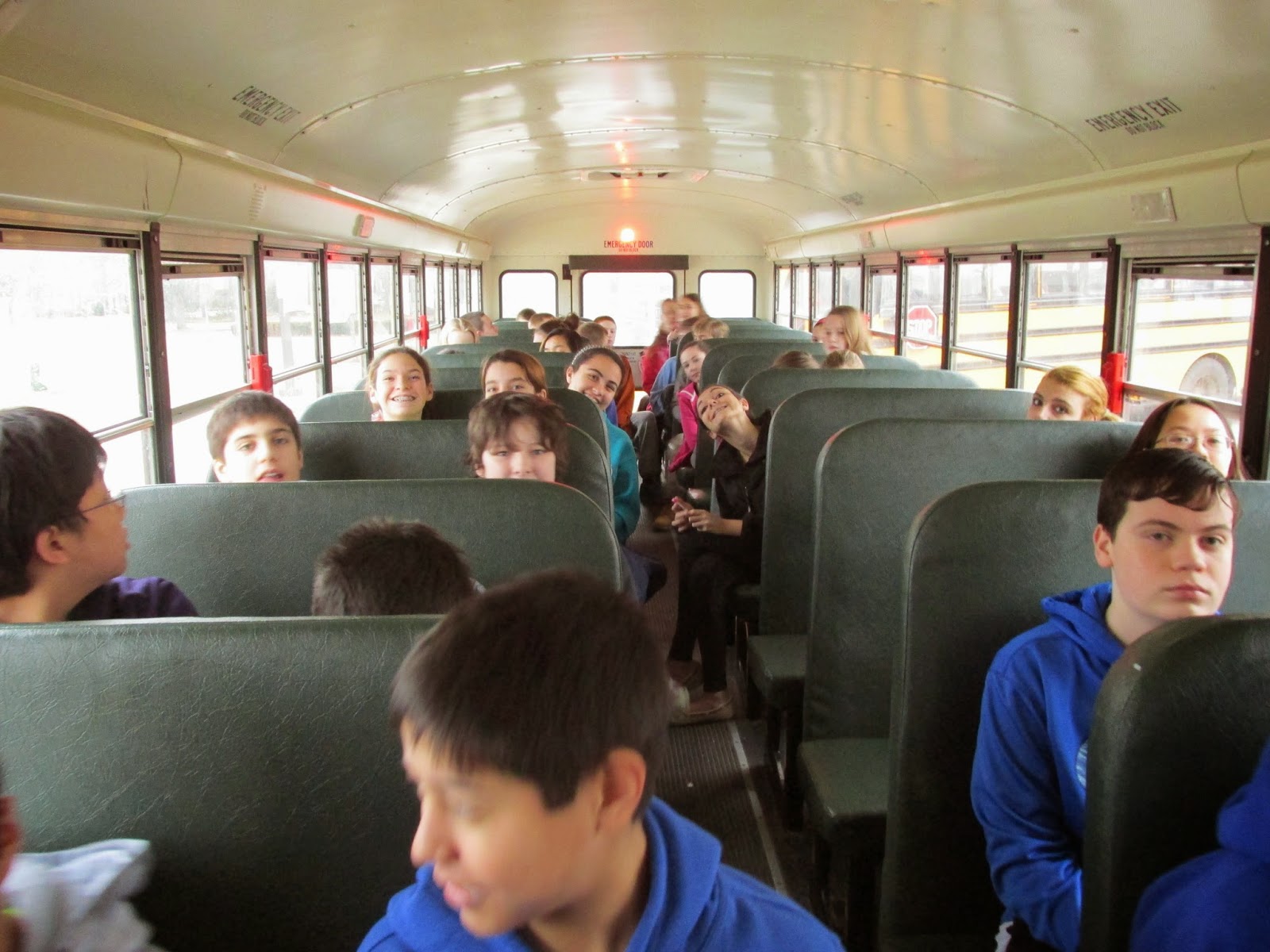 The day before our movie outing, we met with our extraordinary middles for a brief assembly. We took the opportunity to acknowledge our 60(!) Three-Peats and, given the subject matter, had an open dialogue about strategies for managing potentially difficult scenes. The pre-briefing seemed well worth it; though two sixth grade girls watched the majority of the movie within arm's reach of the CRL, we are proud to report that all of the students were returned to their parents unscathed and in good condition.

For attendance purposes they were divided into groups bearing UNBROKEN-themed monikers: Hillenbrand, Torrance, Albatross, Superman. In the spirit of full disclosure, they weren't groups, they were squadrons, and we came up with the names during a 10:00 phone call the night before. Because it was cute. And that's how we roll.

Fact: Our 297 readers were split into 12 groups.
Fact: The CRL let children sit anywhere they want once we get to the theater.
Fact: Adolescents hear the word "group" and stop listening.

Eighteen years of middle school experience has taught us that it's best not to post groups too far in advance, so our kids were informed of their placements the day prior to the field trip. Our 7th and 8th graders know the drill, and after the first two quick and efficient, almost-too-easy, super-smooth mealtime announcements, we were feeling pretty darn good about ourselves. Students found their names on the list, committed the squadron name to memory, and then passed it on to the next table. But you know what's coming, don't you? 6th grade lunch. A mob formed quickly. Papers were torn, tears were shed, lists were lost. There was wailing and gnashing of teeth. It looked strikingly similar to feeding time at a predatory monkey exhibit. Erin barely survived. She had to give "the look" and use "the tone" with "the microphone." It wasn't pretty.

In the long run though, it was completely worth it.  When field trip morning arrived, the kids sorted themselves into groups, found their chaperones, and were ready to go within moments. It was almost too easy. We even had students step up and start taking attendance as chaperones were still rolling in.

In years past we have been able to see the movie either in advance of its release or within the first few days. Considering we had two weeks between movie release and our field trip, it was hard to ignore the chatter about the adaptation and its "mixed reviews." It may surprise some to know that the CRL intentionally avoided seeing the movie until we could watch it with our kiddos. Our motives are selfish. It's simply awesome to see a movie with an educated, invested audience. We've become addicted to the experience, seeing the fruits of our labor; when it comes to movie viewing, there's nothing better. We also felt like it was the right thing to do. We were delighted to save our initial, raw reactions for them. When student queries of, "Did you see it over vacation?" were met with shakes of our heads, our tweens smiled and seemed to reveal a sense of relief...and something like gratitude. "We would never see it without you! We were waiting until we could all see it together!"

After the movie, there was a lot to discuss. Sure, we could sit here and be critical of some of the movie's shortcomings; but overall, we were quite pleased. Louie Zamperini lived the life of ten men and unless Angelina Jolie was going to go all Peter Jackson on this project and turn a 400-page book into a trilogy of two-and-a-half hour epics, some things were going to have to be cut. We concur that it was a good effort and a worthy representation, but our kids overwhelmingly favored the book. Ta da!

I guess you could say we're four for four. Every year, our students have preferred the book over the movie adaptation. As one child expressed, "I think the movie was okay. I might have thought it was great if I hadn't read the book, but the book was just so much better than the movie." The on-camera interviews we conducted yielded two very consistent arguments: lack of "details" and "the end of the book."

We are always impressed with the amount of minutiae they are able to analyze and remember. We love that our cherubs are so protective of the book they adore that they noticed the men on the raft ate the first bird in the movie, when in fact they never ate it because of its foul smell. And we take such pride in the fact that our students - our readers - are the target audience. Someday, we tell them, someday Hollywood is going to come to you before making the final cut.

Students commented on casting - the hits and the misses - the use of flashbacks, and even the chemistry between actors. "Louie and Phil were such good friends. They were like brothers. They depended on each other and kept each other alive. You didn't get that in the movie. Phil was just, like some guy."

A lot of students spoke about the importance of Louie's struggles after the war. We have video footage of early adolescents using phrases like "alcohol abuse" and "dedicating his life to God" and voicing their complaints that this period wasn't thoroughly explored.  One young man stated that Louie's internal struggle and redemption after the war was more inspiring than his POW experience. Extraordinary.

Following the movie there was so much to discuss - who jumped (both of us when that stupid shark came up out of nowhere), who cried, who picked up on the author reference and the real photo of Cecy - that we felt funny returning to school. Sure, there's always a certain letdown after the field trip, but this time we were clingy and downright disappointed.  More so than ever before, we were disheartened to leave our kiddos and head back to class. Whether it was the intensity of the subject matter or the spirit of our fabulous students, we wanted nothing more than to spend the afternoon in quiet seclusion with them, slowly eating and debriefing about the experience.

Put that on the sticky note for next year.

Posted by Mary and Erin at 3:47 PM No comments: